The year 2013 was a great one for VocabSlam and the students who use our website to score big on the SAT and GRE. Our banned word list of 2012 proved prescient as even David Brooks at the New York Times agreed that the word "space" was hackneyed.

As we've said before, VocabSlam is all about NOT wasting your time on unnecessary words, which is why we’ve narrowed down the list of most frequently occurring words to the top 300+ SAT words and 400+ GRE words. Don't waste your 2014 brainspace on the following words, people!

MOOC
This stands for "massive open online course", a fancy term for a college lecture on YouTube that you can watch in you pajamas (and you Might Overindulge On Cheetos). Is it Mediocre Overly-Hyped Online Crap? Well, VocabSlam crew member Nick wrote about the usefulness of MOOCs and we generally wondered why anyone would want their educational product to sound so phonetically similar to the pejorative term "mook".
Ey oh! Ya banned, getouttahere!

Hack
Talk about ubiquitous! (OK, these guys will...)


"Hack" got waaay overplayed in 2013, like the Bennifer of today. It used to refer to modification of something, like a computer, to suit one's own (often nefarious) needs. Those who hacked tended to look like this guy: 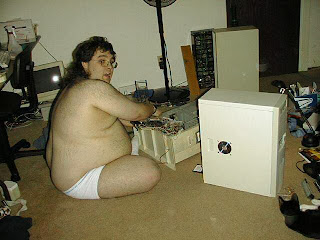 But by 2013, "hack" transitioned from the esoteric to the popular and you could hack anything. You could hack a date, hack your kids, or hack your breakfast. All you needed was less gluten! (Look out in 2014, gluten).

On the one hand, we note how most words on this year's banned word list are used as verbal crutches. They're replacements for other words and can serve as heuristics or mental shortcuts. This could have the effect of decreasing your overall vocabulary-- not so VocabSlammy. On the other hand, we like the use of mnemonic devices to help you remember words. So, when you see "hackneyed" you will now always think of hack.
Boom, thoughtfully banned.

Selfie
The word sounds so much like "selfish" that its meaning is pretty self-evident. It's annoying when Bieber does it but hilarious when pets do it.

We're just thankful that the Selfie Revolution didn't overlap too much with 2010's duckface-mageddon.

Hashtag
As Twitter grew into its third incarnation toward becoming Skynet and continued to penetrate our vernacular with neologisms, people in 2013 began adding "hashtag" to the end of real-life situations.  Like, "OMG Tommy, I can't believe that you ate that whole box of Twinkees! HASHTAG YOUFAT." This movement from the virtual-to-the-real-world is analogous to how Words With Friends became a board game. 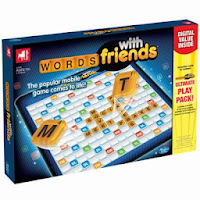 This is some weird chicken-and-egg sh*t!
Hashtag, Banned!

3D
We think that the 3D craze started with 3D Doritos. 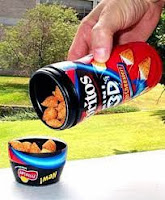 Before that, were Doritos impossibly thin and existed on two axes, like the Kate Moss of junk foods? Today, they're 3-Difying EVERYTHING.  Shampoo. Toothpaste. Deodorant??

In 2013, it was all about 3D printers. They've been heralded as the panacea for everything from jet engine parts to umbilical cord clamps in Haiti (reminds us of dropping iPads in Africa). Maybe just print up more iPads? Or why not just print more 3D printers, like when you ask a genie for infinite wishes?  How much does that ink cost anyway?